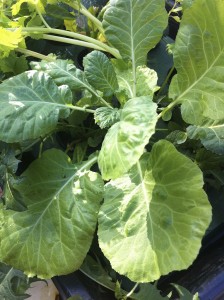 “Locavorism is on the rise everywhere, so there’s no stigma in being closer to the bottom of the list,” founder and executive director Orly Munzing said in a statement. “Our research shows that CSAs and Farmers Markets, as well as Farm-to-Plate programs, which bring local foods into schools and other institutional food systems, are becoming more numerous every day in every state.”

“The average carrot sold in a supermarket travels more than 1800 miles to get there,” Munzing said. “Wouldn’t you rather eat a carrot grown nearby, by a farmer you can meet? And wouldn’t you like that to be true of most of your food, whether it’s meat, dairy, vegetables or fruits?”