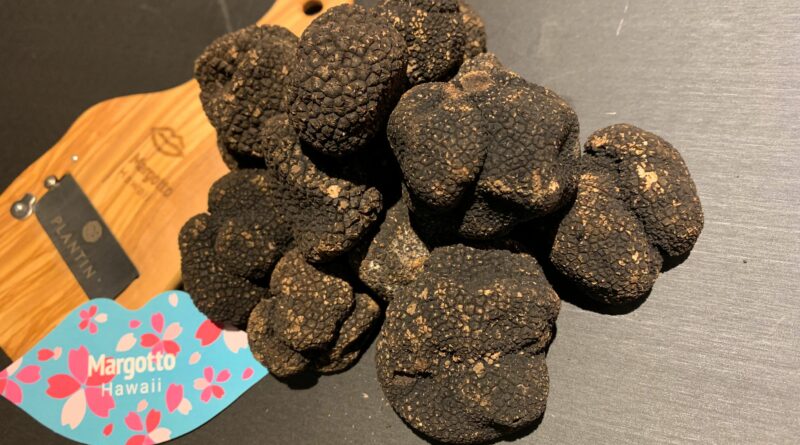 Truffles. Champagne. Fine dining. The opening of Margotto Hawaii brings all these together for what may be a one-of-a-kind experience in Hawaii.

Margotto Hawaii is a branch of Japan’s Margotto e Baciare, known for their affection for the rare delicacy that are truffles. Margotto Hawaii is also a Krug Ambassador, the first and so far only establishment in Hawaii to have the exclusive relationship with Krug. A press release from the restaurant stated Margotto Hawaii will feature bottles of the champagne at “at unprecedentedly appealing prices” and host pairing events.

Truffles are among the most expensive ingredients used in fine dining, with the restaurant offering a seasonal selection from around the world. They range in price from $15 to $5,000, depending on the variety and size.

Diners have a choice of coursed menus, ranging from $80 to $150. The truffles are separate. Besides the restaurant’s selection of Krug champagnes, Margotto Hawaii’s total wine collection includes over 20,000 bottles. Selections are brought in and rotated from storage in Europe.

“Our Tokyo restaurant was blessed with many patrons seeking the luxuries of a truffle-laden meal as an escape from the harsh realities of the pandemic,” Kazutomo “Robert” Hori, owner of Margotto e Baciare and Margotto Hawaii said.  “Now, we want the people of Hawaii to also enjoy an occasionally lavish dinner as a personal reward for themselves, but at approachable prices.”

Margotto Hawaii is located at 514 Piikoi St., open from 5:00 to 10:30 p.m., Thursday through Tuesday, closed Wednesdays.  Attire is resort casual, with shirt and footwear required.

Photos are courtesy of Margotto Hawaii.