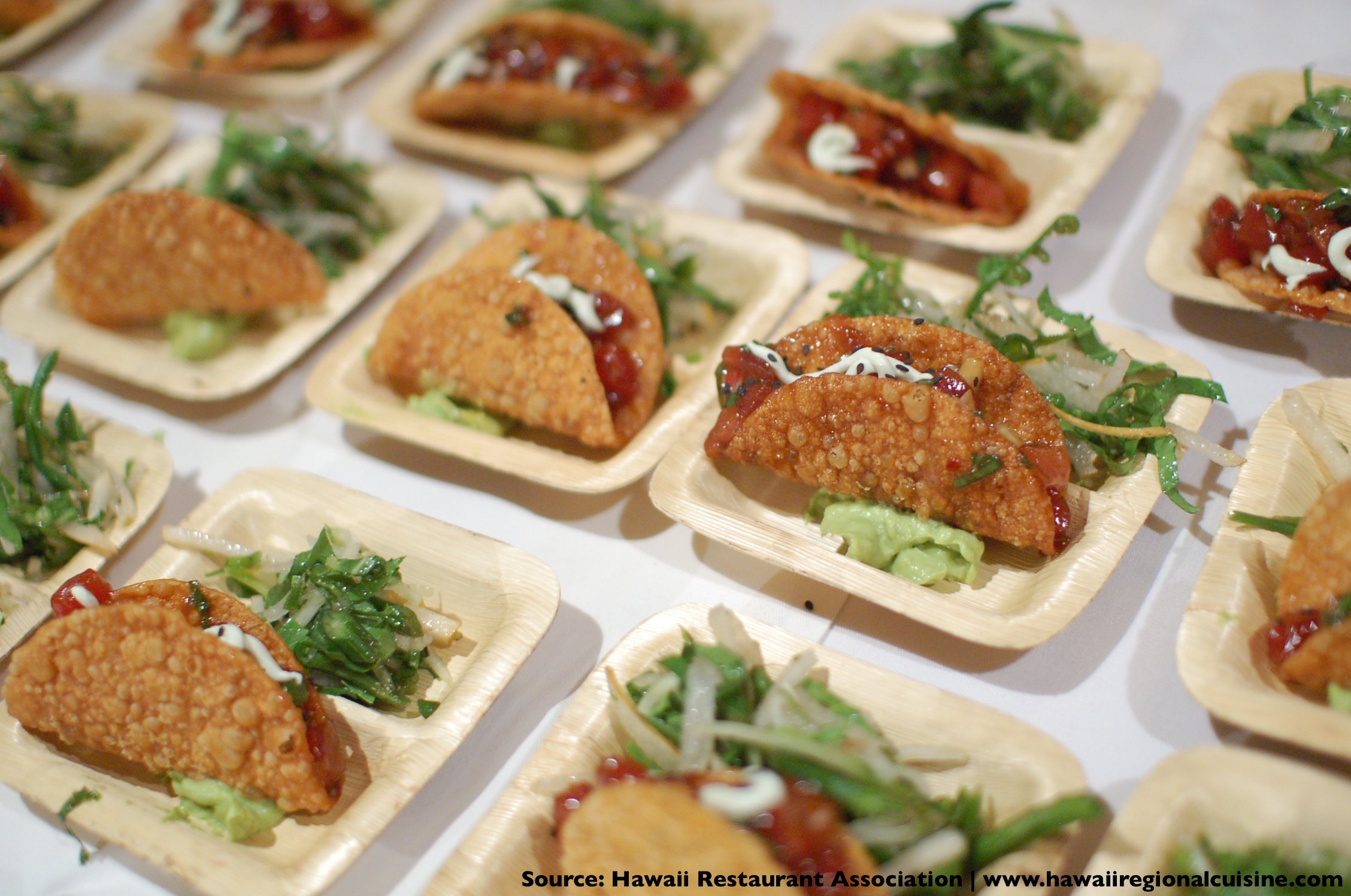 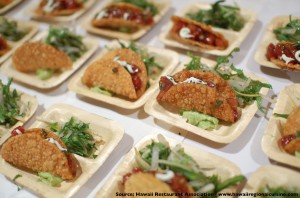 Hawaii Regional Cuisine (HRC) is twenty years old, and its star doesn’t shine quite as bright as it used to. Plans are underway to revitalize the state’s signature cuisine, but not everyone thinks it needs to return to centerstage.

Hawaii Regional Cuisine was a food movement launched twenty years ago to give Hawaii a distinct, contemporary, trademark style of food and dining. Twelve chefsÂ â€” including Roy Yamaguchi and Alan WongÂ â€” came together and developed flavors and dishes that became internationally renown. Combining “local food” with eastern and western influences and emphasizing local ingredients, it’s safe to say everyone in Hawaii is very familiar with the movement, even if they don’t know the name, or remember its history.

With the 20th anniversary of the first chefs’ meeting coming up this fall, Erika Engle, writing for the Honolulu Star-Advertiser, brought us an update. She got several of the original chefs to reminisce about the ‘small fraternity‘ that got things started. And in the main feature, “Hawaii’s changing flavors,” she asked where things might go from here.

The anniversary offers a chance to bring some of the shine back to the styles and flavors that once filled whole shelves of best-selling cookbooks.

In March, there will be a “Chefs of Aloha” dinner at the James Beard House in New York. And in September, the original twelve HRC chefs will be inducted into the Hawaii Restaurant Association “Hall of Fame.”Â In addition an exhibit is planned at the Hawaii State Art Museum, and a special website has been launched to celebrate the anniversary.

To some, though, Hawaii Regional Cuisine is no longer relevant. In a comment on the Star-Advertiser article, local chef Lindsey Ozawa wrote:

Lack of talent on island, combined with ridiculous rents and premiums have helped lead to the decline of HRC. Anyone who’s worth their culinary salt has left for better opportunity on the mainland. Also, a refusal of local people to be adventurous, try new concepts and ideas has led to the continued perpetuation that Roy and Alan are the greatest chefs since the invention of the loco moco. Hawaii also has a problem with repetition and lack of originality. HRC has fed us the same flavors for 20 years! Where does it end? So tired is the seared ahi with mango salsa and wasabi buerre blanc and the mac nut crusted insert-any-protein-here, that it should be a crime recognized by the Hawaii Restaurant Association to allow this mediocrity to continue. For those who continue mediocre Roy and Alan knock-offs, shame on you. Get an original idea… and learn how to cook!

Ozawa, who confirmed he wrote the comment on Twitter, explained: “That’s me venting. I believe that are a lot of other issues that have led to the decline of HRC that are not being said.”

Ozawa should know. Now one of the talents behind the immensely popular Melt food truck, he worked at Nobu Waikiki, and previously worked for Nobu and Lutece in Las Vegas, under chef Nobu Matsuhisa. He’s always been one for forging ahead.

In anÂ interview with theÂ Honolulu Weekly in 2009, he said: “I have to branch out and do my own thing. The whole idea is to progess and move forward. How can you define yourself, define your style if youâ€™re working under somebody?”

And being a chef in a community that largely operates in the long shadow of Hawaii Regional Cuisine clearly has its challenges.