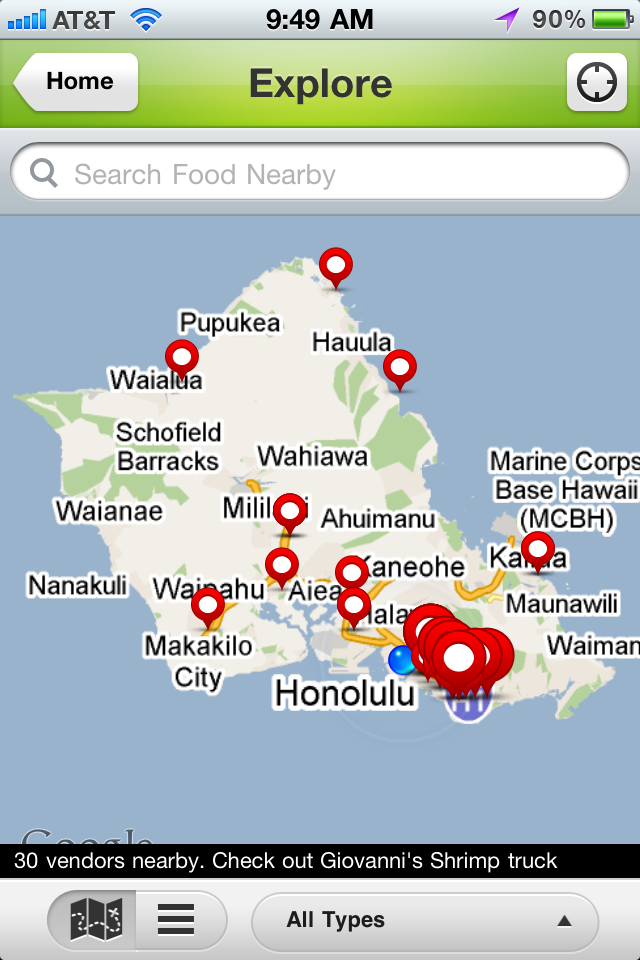 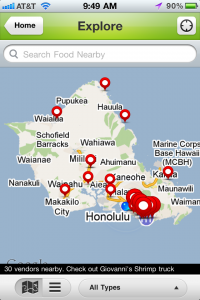 The creators of a street food television show and iPhone app are looking for new vendors to feature.

Paperny Films and Invoke Media, the partnership behind Eat St., say that they’ve built “the most comprehensive list of street food vendors in North America,” and are hoping to see it continue to grow.

“Since the launch of our iPhone app and TV show, both products have been doing well,” writes Invoke Media intern Justine Yu. “Weâ€™re beginning to film a second season of the show… [and] we’re encouraging vendors across North America to enter their cart in our database to increase the chances of being featured on television.”

The Eat St. mobile app (see my review on Nonstop Honolulu), which marked 100,000 downloads a few weeks ago [PDF], helps vendors connect with their customers and helps customers find vendors anywhere in North America. It features full profiles of each vendor who signs up, including location, type of food, hours of operation, menus, specials and Twitter feeds.

Street food vendors, including food truck owners, are encouraged to claim their businesses in the database.

“Eat St. is a lip-smacking celebration of North America’s tastiest, messiest, and most irresistible street food. From Tijuana-style tacos served out of an Airstream trailer and pizzas baked in a brick oven on wheels, to classic hot dogs with all the fixings and sirloin burgers slathered in bacon jam â€” food cart fare is the most delicious trend going. The stars of the show are the vendors â€” food mavericks with creative takes on mobile meals and inspiring stories.”