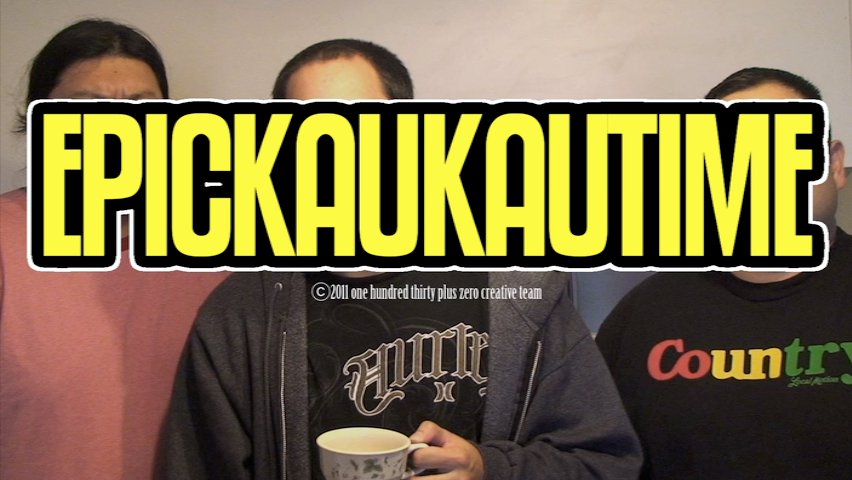 The 130plus0 creative team (@130plus0) reached out on Twitter to let us know about their new video, “Epic Kaukau Time: Manpua Man Manapua.” On its own, the video is a hoot, documenting the creation of a truly epic manapua. Measuring about two feet across, the crew estimates it at 12,311 calories.

But the real genius comes from the fact that the video is a pitch perfect parody of the “Epic Meal Time” show, a YouTube phenomenon that’s among the top 100 most subscribed shows in the country, and that gets over a million views for each of its videos (one hitting over 5 million views).

The “Epic Kaukau Time” video has certainly struck a nerve, garnering over 13,000 views since it was posted a week ago. It’s also earned mention in Eater National,Â Foodbeast, and Serious Eats.

The 130plus0 creative team had posted only five other videos since launching their YouTube channel two years ago with “Monopoly.”

Another “Epic Meal Time” parody is “Regular Ordinary Swedish Meal Time,” which is already the fifth most subscribed YouTube channel in Sweden.