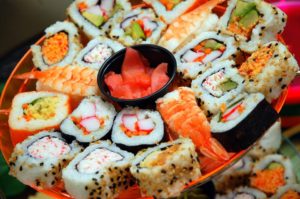 The Hawaii Restaurant Association is hosting its 10th annual Hall of Fame induction ceremony on Monday.

The inductees are select individuals who have â€œdemonstrated dedication and commitment to the growth of the restaurant and food service industry in Hawaii, contributed to the enhancement of its quality and image, and demonstrated service through outreach.â€

The Hall of Fame was the brainchild of then director Gail Ann Chew. Current Hall of Fame program chair Anne Lee said:

The Hall of Fame was to honor all of the old time restaurants. In the past,Â when you thought of Hawaii and food, you would always remember certain restaurants that you had gone to frequently.Â  How can anyone forget localÂ institutions like Columbia Inn, Flamingos, Kings Bakery, Wo Fat, Hamura Saimin, Manago Hotel, Tip Top, and the list goes on and on, or people like Lyle and Grace Guslander and so many more people who shaped Hawaii’s culinary landscape.

Many of these iconic restaurants are no longer here, this Hall of Fame was created to remember and honor the pioneers that have paved the way for many in our industry today. Â September 19th, 2016 Â marks a decade of honoring these leaders.

Proceeds will benefit the HRA Scholarship Program at the University of Hawaii Community Colleges.

The “Dine Around” will feature chefs from the past nine years:

About The Hawaii Restaurant Association