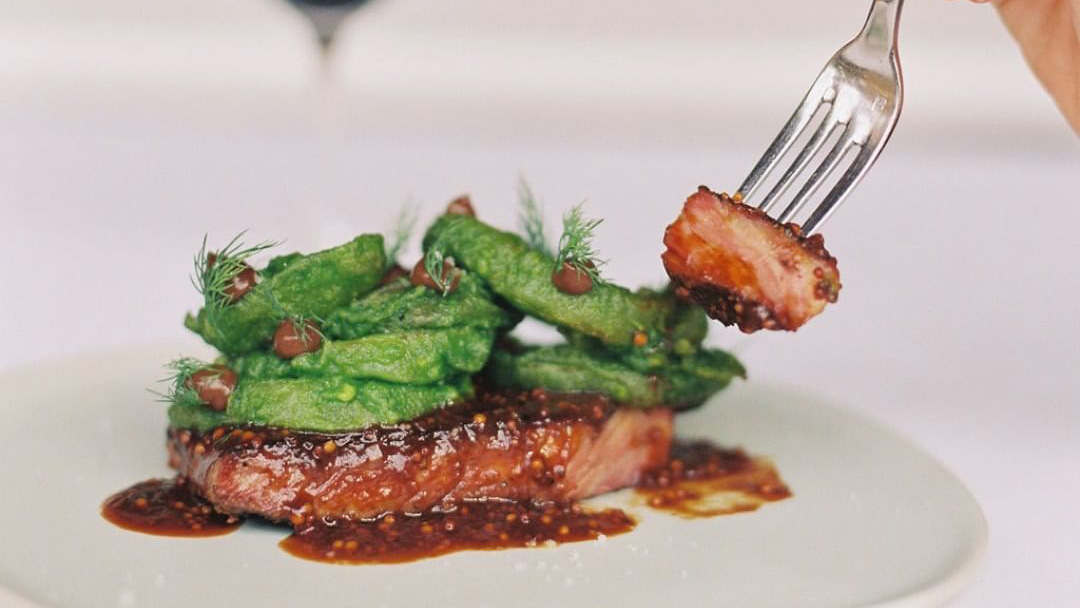 Â Hotel Wailea, Hawaii’s first and only Relais & ChÃ¢teaux property, has unveiled its new kitchen and experiential tasting menu to further cement its status as an incubator for culinary talent and leadership.

Envisioned by Hotel Wailea owner Jonathan McManus, and led by culinary director Chef Chris Kajioka, the three tiers of dining include a bistro-chic casual menu on the lanai of The Restaurant, a new chef tasting menu in the Secret Garden launching in early February, and the wildly popular seven-course culinary experience in The Treehouse.

Hotel Wailea is Hawaii’s only hotel to feature a Hestan equipped exhibition kitchen. The detailed-oriented space features a new layout with two custom island cooking suites explicitly designed for the team to work efficiently on both sides, an exclusive fish station to descale and clean fish, and multiple specialty stations for chefs to divide courses. One station even includes a coveted guest counter (playfully called “Table 1”) that allows them to interact with the culinary team throughout their dining experience.

Hestan, revered within culinary circles for their top of the line premium equipment has longstanding partnerships with esteemed Relais & ChÃ¢teaux chefs such as Thomas Keller and with renowned institutions such as The Culinary Institute of America.

“Hotel Wailea defines both culinary innovation and elevated luxury at its core,” said owner Jonathan McManus. “Our new Hestan kitchen and restaurant developments foster my commitment to creating environments for young chefs in which to learn and thrive. In collaboration with Chef Chris Kajioka, who is instrumental to Hotel Wailea’s culinary growth and success, our joint vision is for both guests and culinary professionals to truly grasp the inner workings of a top-of-the-line kitchen and see their dishes come to life in a unique way from prep, to plate, to export.”

From a sunset toast to a counter-side course with chef commentary, the new multi-course tasting menu experience in the Secret Garden includes optional wine pairings from Level 2 Sommelier Sarah Salgado and starts at $145 per person. Premiering mid-February, the chef-driven menu includes highlights such as Venison Tartare, Iâ€™A Hou and Crab Toast with local ingredients shaping the flavor profile of the ever-changing menu. The sculpted tropical garden venue is warmly intimate, with just a handful of tables arranged on private candlelit terraces, while at the same time provides a striking behind the scenes view into the kitchen.

“The new Hestan furnished kitchen at Hotel Wailea is a chef’s dream,” says culinary director Chris Kajioka,” “The new layout allows our team to control the dining experience completely and allows our guests to dine at their own pace. With time, I envision the space evolving as a distinctive forum to host guest Chefs from around the world and introduce fresh, global perspectives.”

Hotel Wailea’s continually evolving culinary program is championed by Chef Kajioka, a semifinalist in the 2017 and 2018 James Beard Awards. Known for his internationally celebrated restaurant Senia in Oahu, of which McManus is a principal investor, and his prestigious background working at Per Se in New York, Kajioka works closely with his prodigy, Hotel Wailea’s Chef de Cuisine, Zach Soto. Kajioka, a Hawaii native, joined forces with restauranteur and hotelier, McManus, in 2016. In the past several years, the duo has made a dramatic impact on the culinary scene in Hawaii. Their upcoming Oahu project, Miro Kaimuki, has already earned a place in Robb Report’s list of “Most Anticipated Restaurants of 2020,” and the stunning new Hestan-furnished kitchen at Hotel Wailea serves as a cornerstone of immersive dining experiences in the islands.

The first and only Relais & ChÃ¢teaux property in the state of Hawaii, Hotel Wailea offers travelers an ultra-private elegance infused with relaxed island luxury. The independently owned and operated, all-suite hotel finished a $15 million renovation in January 2015, reimagined as an intimate adults-only escape with 72 oversized suites and a pool overlooking three Hawaiian Islands with residential style cabanas and an apothecary style pool bar. The ideal island escape for couples recognized as â€œTop 21 Most Romantic Hotels in the Worldâ€ by CondÃ© Nast Traveler in 2019, Hotel Wailea boasts an unprecedented level of intimacy, privacy and exclusivity in Hawaii. Personalized guest programming is tailored to couples and centered on unique island experiences that embody adventure, romance, and laid-back luxury. Hotel Waileaâ€™s continually evolving culinary program boasts a unique take on seasonal dining with Hawaiian staples and Maui-grown ingredients, including from the hotelâ€™s own organic garden. For more information, please visit www.hotelwailea.com.