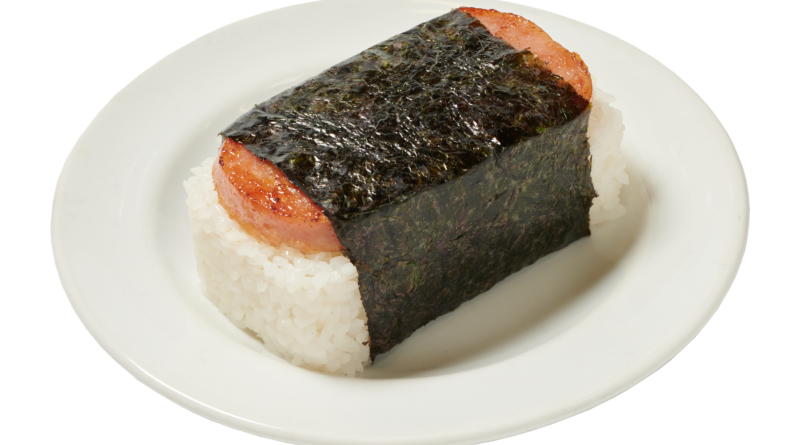 Sunday has been declared “Spam Musubi Day” by L&L Hawaiian Barbecue, a popular Hawaiian-style comfort-food restaurant franchise with 210 locations across the U.S.

To celebrate this iconic dish from Hawaii, the public can enter to win a free trip for two to Hawaii. In addition, select L&L restaurants across the U.S. will give away a total of 100,000 free Spam Musubis to the public. Finally, select cities will host special events and social media giveaways with new exclusive limited run L&L merchandise and special prize packs.

â€œOur signature Spam Musubi is certainly the most unique menu item and one of the most popular, “says L&L CEO and President Elisia Flores. “Weâ€™re grateful that it has grown in popularity in America, and it is time for us to celebrate its success on the national stage.”

During World War II, the U.S. military brought the canned luncheon meat to Hawaii as an important ration for deployed troops. As the war in the Pacific continued the military surplus of SPAMÂ® was made available to local civilians who incorporated the food into their diets since fresh meat was in short supply.

The word â€œmusubiâ€ comes from the Japanese verb â€œmusubuâ€ which means to tie, bind, or link together. The Musubi is an off shoot of the Japanese rice snack called â€œonigiriâ€ which is rice shaped in a ball or triangle wrapped securely in nori (seaweed) and some sort of filling in the center, such as meat or salted vegetables. This hand-held lunch staple was introduced to Hawaii in the late 19th century by Japanese immigrant farmers. Today about 14 percent of Hawaiiâ€™s population has Japanese ancestry.

Win a Trip to Hawaii

L&L fans can also enter online at HawaiianBarbecue.com for a chance to win a roundtrip holiday for two to Hawaii which includes 160,000 HawaiianMiles good for roundtrip travel for two from any U.S. mainland Hawaiian Airlines gateway city to or from Hawaii and a four-night stay at the Outrigger Malia Hotel in Waikiki. The grand prize winner will be notified on August 9, 2021.

What is a Spam Musubi?

It is a simple hand-held snack from Hawaii that is like a hotdog or a burrito. It consists of a crispy slice of Spam on top of warm rice with soy sauce or other sauce, all wrapped together in nori (seaweed).

Founded in Honolulu as L&L Dairy in 1952, L&L became a popular eatery in Hawaii. The iconic L&L Hawaiâ€˜i brand was founded in 1976 by Eddie Flores, Jr. and Johnson Kam, who have grown the company into the most popular restaurant franchise specializing in Hawaii cuisine throughout the world. Today L&L Hawaii offers Hawaiian-style comfort food and hospitality at its nearly 200 locations throughout 14 states and Japan. For more, visit hawaiianbarbecue.com.